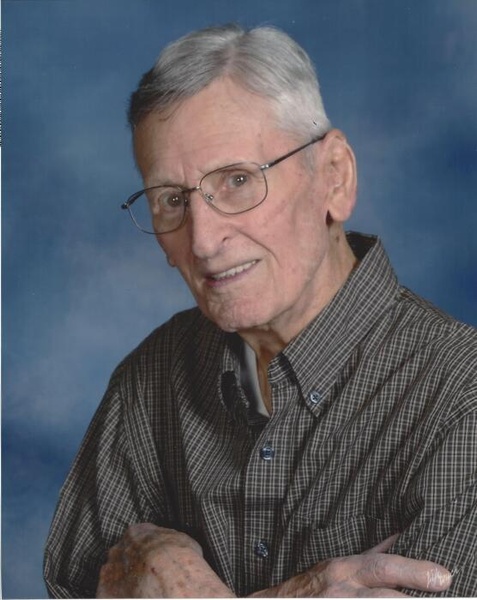 Henry was born November 8, 1925, in Loose Creek, a son to the late Hubert and Sophia (Kremer) Nilges.

Henry attended school in Loose Creek and proudly served his country during World War II as a member of the United States Army.

In addition to working on his farm, Henry was employed at Algoa Prison, where he worked for over 20 years until his retiring.

Henry was a member of Immaculate Conception Catholic Church in Loose Creek as well as VFW Post 4756.

Henry enjoyed fishing, going to the boats and black smithing. He was an avid historian and still liked to speak German with his friends.

In addition to his parents and spouse of 66 years, Henry was preceded in death by: two brothers, Gustave and Adolph Nilges, one sister, Helen Kloeppel; one grandson, Taylor Pointer, one great granddaughter, Jovie Ann Maasen and one grandson-in-law, Dustin Mullins.

Visitation will be held from 4:00pm until 7:00pm on Thursday, June 17, 2021, at Morton Chapel in Linn. Mass of Christian Burial will be held at 11:00am Friday, June 18, 2021, at Immaculate Conception Catholic Church in Loose Creek with Fr. Anthony Rinaldo as the celebrant.

Interment with full military honors will follow in the Immaculate Conception Parish Cemetery in Loose Creek.

Expressions of sympathy may be made to the Immaculate Conception School Foundation or to VFW Post 4756.

To order memorial trees or send flowers to the family in memory of Henry William Nilges, please visit our flower store.