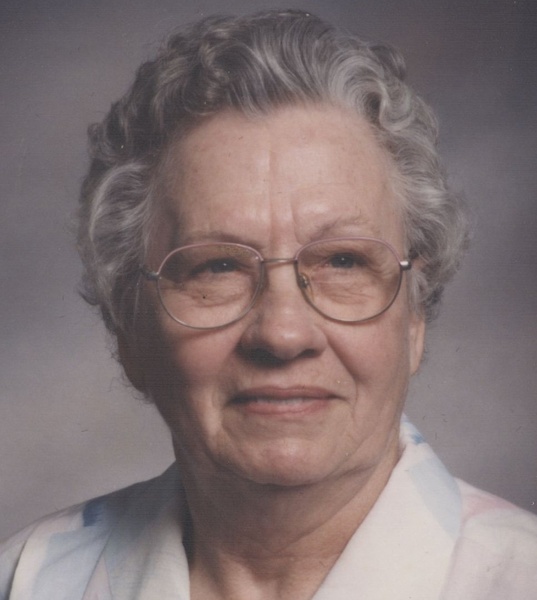 Hilma was born on December 16, 1927, in Breckenridge, a daughter to the late Frank Dempster and Effie Mae (Streeter) Miller.

She grew up on a farm in rural Caldwell County and later her family moved into the town of Hamilton. There she graduated from Hamilton High School in 1945. On Dec 22, 1946, she married Oren Francis Shippen at her parents' house in Hamilton. The couple first met at church. Oren preceded her in death on May 29, 1991.

She was primarily a homemaker, raising 7 children while her husband taught school in Missouri, Nebraska, Indiana, and Iowa.

In addition to her parents and husband of forty-four years, Hilma was preceded in death by: her son, Robert Eugene Shippen; a sister, Nettie Swann; four brothers, Frank, Russell, LeRoy, and James Miller, along with two sets of twin siblings who all died shortly after their birth.

In lieu of flowers, expressions of sympathy may be made to Paralyzed Veterans of America.

To order memorial trees or send flowers to the family in memory of Hilma Rae Shippen, please visit our flower store.