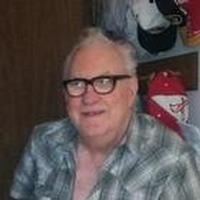 On April 23, 1955, in Linn, Ken was united in marriage to Georgia "Jean" Regina (Schmitz) Niewald, who survives at the home.

Ken was a 1951 graduate of Linn High School in Linn.

Ken was a member of Pilgrim Lutheran Church in Freedom. He was employed for thirty-two years as a mechanic at Vincel Pontiac in St. Louis where he was also a member to Teamsters Union Local #618.

Ken enjoyed hunting, fishing and gardening. He was an avid sports fan, it didn't matter if it was high school or professional he enjoyed watching them. He enjoyed spending time at the cabin on the Osage River.

In addition to his wife of 58 years, Ken, is also survived by: a son, Rick Niewald of Linn; daughter, Cheryl Ham and fiancAC. Vernon Vineyard of Festus; and a sister, Elsie Marsch and her husband Bob of Nixa, along with a host of nieces, nephews and friends.

Ken was preceded in death by: four brothers, three sisters, and several brother and sister-in-laws.

Funeral Service will be Saturday, March 15, 2014, at 10:00 a.m. at Pilgrim Lutheran Church in Freedom with Rev. Paul Landgraf officiating.

Interment will follow in St. George Cemetery in Linn.

Expressions of sympathy may be made to The American Cancer Society or to Hospice Compassus.

To order memorial trees or send flowers to the family in memory of Homer Niewald, please visit our flower store.