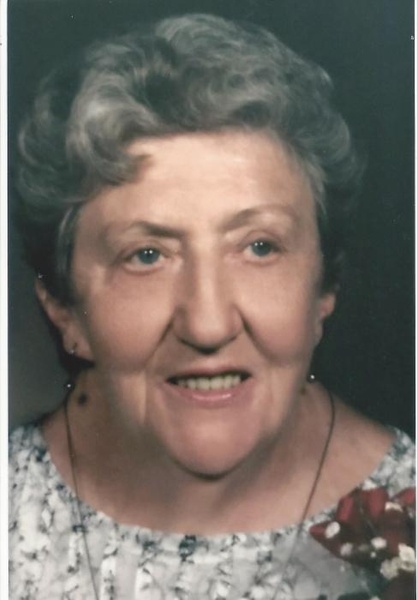 She was born December 3, 1930, in Linn, a daughter to the late John Edward and Sophia (Matthews) Huot.

Jean attended Linn Public Schools.  She worked for her Dad at the feed store after high school.

Jean worked at the Tomboy Store in Linn and retired from Westinghouse/ABB after over 20 years of service.  She was a member of the Community of Christ Church in Linn and served as treasurer.

Jean enjoyed playing bingo, reading books, making beautiful award winning quilts, traveling with her sisters and friends, flowers, gardening, and most of all her children, grandchildren and great grandchildren.

In addition to her parents and spouse of 57 years, she was preceded in death by: three sisters, Opal Matthews, Juanita Helmig and Patsy Asher; three brothers, Howard Huot, Robert Huot and Thomas Huot; and an infant sister.

Funeral Services will be held at 11:00 a.m. on Monday, July 23, 2018, at Morton Chapel in Linn.  Interment will follow in the Community of Christ Cemetery.

Expressions of sympathy may be made to the Community of Christ Cemetery.

To order memorial trees or send flowers to the family in memory of Imogene "Jean" Laverne Thompson, please visit our flower store.