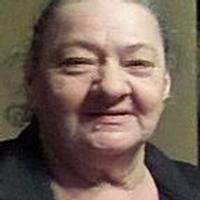 Sue was born on November 18, 1948, in Middlesboro, Kentucky, a daughter to the late Ruby (Elder) Kmiec and her step-father Max Kmiec.

Sue attended school in Kentucky. She worked at a factory where they made boxes until she was married.

Sue was united in marriage on March 25, 1969 in Chicago, Illinois, to Sydney Luther Wells, Jr., who survives at the home.

After Sue was married, she started the best job she could ever have being a loving wife, mother and great grandmother. Her family was her life. Sue never knew a stranger and she will be missed by all that knew her warm personality.

In addition to her parents, she was preceded in death by her brother, Hubert Peter Kmiec.

Funeral Services will be held at 2:00 p.m. on Saturday, January 24, 2015, at Morton Chapel in Linn with Bro. Terry Hogan officiating. Interment with follow in the Lane Cemetery.

Expressions of sympathy may be made to The Family of Iva Sue Wells.

To order memorial trees or send flowers to the family in memory of Iva Sue Wells, please visit our flower store.