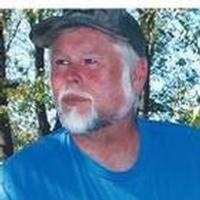 Jack E. Jaegers, age 62, of Linn, passed away Tuesday, September 23, 2014, at his residence surrounded by his family.

Jack attended school in St. Louis where he spent the early part of his life. Jack then moved to Linn in the early 1970's and took a job with MODOT where he worked for the next 30 years until his retirement in 2003.

Jack enjoyed playing the guitar, going to auctions and collecting antiques. He also enjoyed old cars and was a member of the Missouri Moonshiners Car Club.

Funeral Services will be at 10:00 a.m. Saturday, September 27, 2014 at Morton Chapel in Linn with interment to follow in the Linn Public Cemetery.

To order memorial trees or send flowers to the family in memory of Jack E. Jaegers, please visit our flower store.