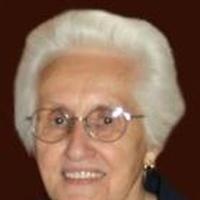 Jacquilin Ann "Jackie" Muenks, age 81 of Loose Creek, passed away Tuesday, March 12, 2013, at her home after a short battle with cancer.

Jackie was born April 22, 1931, in Jefferson City, a daughter to the late John and Georgia (Peters) Oidtman.

Jackie was a graduate of Immaculate Conception School in Loose Creek.

On May 5, 1956, Jackie was united in marriage to Harold Muenks in Loose Creek. He survives at the home.

Jackie was a homemaker and a member of Immaculate Conception Catholic Church in Loose Creek and St. Ann's Sodality.

In addition to her parents, Jackie was preceded in death by three sisters, Mary Lee Kliethermes, Genrose Haslag and Patricia Muenks.

Expressions of sympathy may be made to Immaculate Conception Catholic School.

To order memorial trees or send flowers to the family in memory of Jacquilin Ann Muenks, please visit our flower store.