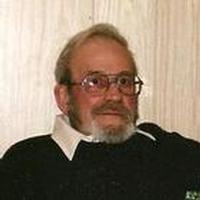 James was united in marriage to Merle B. Morre in 1967 in Antioch, IL. James worked for 42 years at Whitecap, a division of Continental Can Co. in Chicago before retiring in 1984. In 1986 he and his wife moved to Morrison.

James was a member of Salem Presbyterian Church and the Chamois Masonic Lodge # 185 A.F. & A.M.

In addition to his wife, James is survived by: one step-daughter, Melinda Porter and her husband Eddie of Morrison, three grandchildren, Amanda Wilson, Angie Roberts and Eddie Porter, Jr. and 13 great grandchildren.

In keeping with James's wishes, his body was cremated and no services are planned.

To order memorial trees or send flowers to the family in memory of James W. Brandt, please visit our flower store.