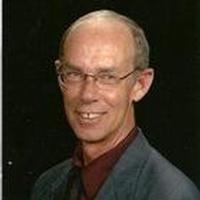 He attended elementary school at Bonnots Mill Parochial School and was a 1969 graduate of Fatima High School. Jim obtained his Bachelor Degree in Business Administration from Lincoln University in 1973.

On June 2, 1973, Jim was united in marriage to Becky Veltrop at St. Anthony of Padua Church in Folk, MO. She survives of the home.

Jim was employed at Milo H. Walz later known as Blattner Furniture from 1971 until November, 2006. He was then employed at DIMC in Jefferson City from 2007 until his illness in 2010.

Jim was a member of the St. Louis of France Catholic Church in Bonnots Mill. He enjoyed spending time on his farm and tending to his cows. He loved doing anything that involved his kids and grandkids especially camping and catching catfish from his pond. He was always excited to find a good deal on a tractor or farm equipment especially on Craig's List or ebay and had several projects going at the time of his death.

Expressions of sympathy may be made to The Leukemia and Lymphoma Society or a charity of the donor's choice.

To order memorial trees or send flowers to the family in memory of James A. Buhr, please visit our flower store.
Send a Sympathy Card