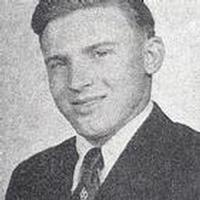 James "Shorty" Arnold Herndon, age 77, of Washington and formally of Linn, passed away, Monday, March 31, 2014, at Grandview Healthcare in Washington.

Shorty was born, November 5, 1936, in Osage County, a son to the late James Arthur and Ruby Faye (Miller) Herndon.

On August 23, 1958, Shorty was united in marriage to Katie Ellen Branson at the Oklahoma Church of Christ. She survives of the home in Washington.

Shorty was a 1955 graduate of Linn High School and had worked as a Teamster for a number of years, driving for several different companies.

Shorty was a member of the First Christian Church in Washington where he had served as an usher. He also had been a member of the Oklahoma Church of Christ when he resided in Linn.

He enjoyed hunting and fishing and spending time with his family.

In addition to his wife of 55 years, Shorty is survived by: two sons, Marvin and Bob Herndon both of Washington; two brothers, Larry and his wife Linda Herndon of Mexico and Lane and his wife Sharon Herndon of Linn; three brother-in-laws, Russell James Branson of Washington, John Murphy of Owensville and Jim Roberds of Belle, one sister- in- law, Susie and her husband Robert Leasor of Cherryville; two aunts, Arlene Busch of St. John and Ruth Miller of St Louis; three grandchildren, Jenny, Bill and Joe and two great grandchildren, Johnathan and Nicholas as well as many nieces and nephews.

Funeral services will be at 11:00 a.m. Wednesday, April 2, 2014, at Morton Chapel in Linn with Minister's Dave Armstrong and Dave Smith officiating. Interment will follow in the Oklahoma Church Cemetery.

Expressions of sympathy may be made to the Oklahoma Church Cemetery Fund.

To order memorial trees or send flowers to the family in memory of James Arnold Herndon, please visit our flower store.
Send a Sympathy Card