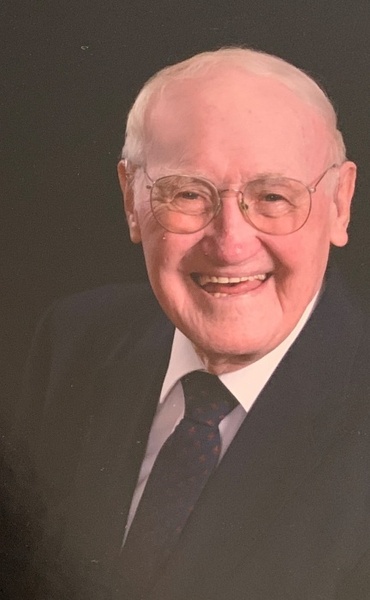 Jay was born September 9, 1924, in Lake City, Arkansas, a son to the late James S. and Ellen (Brannon) Spillman.

Jay attended Lake City School in Arkansas and Beaumont High School in St. Louis where he earned his GED.  He also attended a technical college earning a degree in Auto Body.

He served his country in the United States Navy during World War II.

On December 14, 1948, he was united in marriage to Jessie M. McDaniel in St. Louis.  She survives of their home.

He was a member of Community Christian Church, Linn Masonic Lodge, Linn VFW Post #4756, and American Legion Post #317 in Freeburg.

Jay enjoyed playing golf, deer hunting, fishing, dancing, bowling, and playing his mandolin.  Reading the bible and attending his church was very important to him.  Jay was a “jack of all trades”, a hard worker and a tremendous provider for his family.

In addition to his parents, James was preceded in death by a brother, Carl Spillman; two sisters, Mildred McDaniel and Cora Sue Rogers.

Private family services will be held.  Interment with full Military Honors will be held at Linn Public Cemetery.

In lieu of flowers, expressions of sympathy may be made to St. Jude Children’s Hospital or Community Christian Church.

To order memorial trees or send flowers to the family in memory of James "Jay" C. Spillman, please visit our flower store.
Send a Sympathy Card