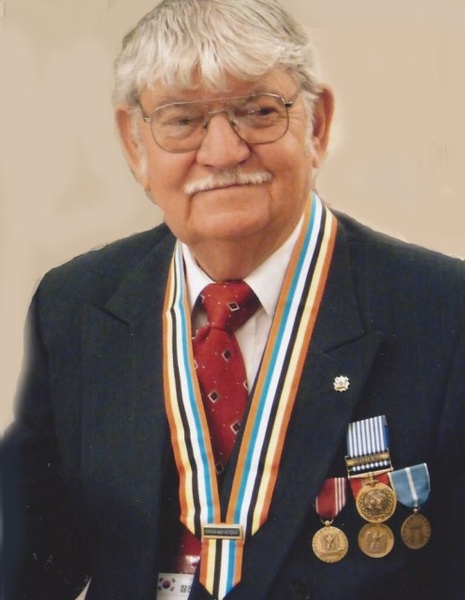 Jim was a 1948 graduate of Linn High School.  He proudly served his country in the United States Air Force during the Korean Conflict.

On November 8, 1975, he was united in marriage to Debbie Crowe in Linn.  She survives of the home.

Jim worked as a contractor for several years building senior housing around the state and was a lifelong farmer raising cattle and crops.

He enjoyed looking for arrow heads, working on his John Deere tractors and spending time with his family.

In addition to his parents, he was preceded in death by one brother, Donnie Wolfe and one sister, Lucille Turner.

Funeral Services will be held at 11:00 a.m. on Monday, April 15, 2019, at Solid Rock Baptist Church in Judge with Rev. Dan Bauder and Rev. Perry Wolfe officiating. Interment will follow in the Solid Rock Cemetery with full Military Honors.

Expressions of sympathy may be made to Alzheimer’s Association or the Women’s and Children’s Hospital in Columbia.

To order memorial trees or send flowers to the family in memory of James "Jim" J. Wolfe, please visit our flower store.