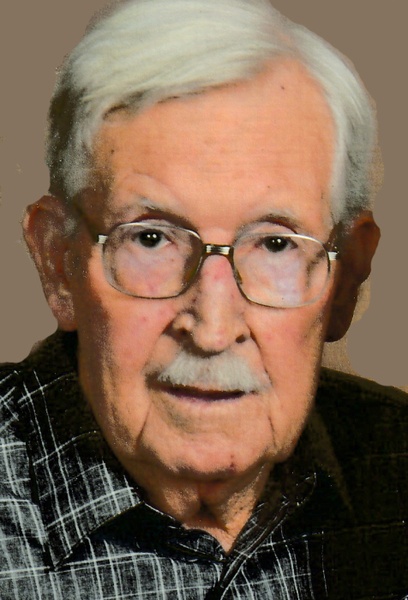 James Richard “J.R.” Dishman, age 81 of Marshfield, passed away peacefully on Thursday, January 5, 2018, at his home surrounded by his family.

He attended Nation School in rural Webster County and was a 1954 graduate of Marshfield High School.  His graduating class remained close and enjoyed monthly luncheons and riding bicycles in the 4th of July parades.

J.R. was an Airman First Class in the United States Air Force serving from 1955 until 1959.  He was a Morse Code intercept operator and was stationed on St. Lawrence Island in Alaska.

On February 13, 1960, he was united in marriage to Alverta McNish in Marshfield.  She survives of the home.

J.R. was employed at Dayco Corporation in Springfield for 27 years and Davis Angus Farms for 10 years.

At the age of 30, he found salvation at Mission Chapel Baptist Church in Elkland. In 1974, his family transferred their membership to Marshfield First Baptist Church where he served as a deacon, youth Sunday school teacher, personnel committee member, activity committee member, and choir member.  J.R. and Alverta served as Missourians on Missions for 22 years helping to build churches through out the United States.

J.R. enjoyed sharing his testimony through song.  In 1959, he purchased his first guitar and taught himself how to play. Throughout the 1960’s he performed country music at local venues.  He performed with the First Grace gospel group, and in his later years, he performed with the bluegrass group, Echoes of the Ozarks.  J.R. was inducted into the Webster County Opry Hall of Fame.

J.R. enjoyed many activities including, fishing, hunting, attending Lady Bear basketball games, woodworking, and his monthly Rook card parties.  Above all, his greatest joy came from spending time with his family, especially when homemade ice cream was included.

In addition to his parents he was proceeded in death by two brothers, Max (Peggy) Dishman and Charles “Chuck” Dishman.

Funeral services will be held at 10:30 a.m. on Tuesday, January 9, 2018, at Marshfield First Baptist Church with Pastor Durwin Kicker officiating.  Interment will follow in the Marshfield Cemetery with full Military Honors.

Expressions of sympathy may be made to Ozark Food Harvest or St. Jude Children’s Hospital.

To order memorial trees or send flowers to the family in memory of James "J.R." Richard Dishman, please visit our flower store.