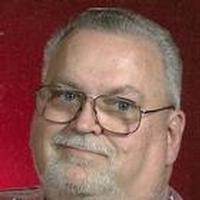 James Edward "Jim" Mantle, age 66, of Bonnots Mill, passed away Sunday, August 7, 2011, close to his little farm where he loved to hunt and spend time.

Jim was born September 19, 1944, in Bonnots Mill, a son to the late James Burnis Mantle and Elizabeth Linnenbrink Mantle Sieg. He was also the step-son of the late Chester Sieg, who was the only Dad he ever knew.

Jim was united in marriage to Rita Jo Kremer, his High School Sweetheart, on April 27, 1963, at Immaculate Conception Church in Loose Creek. She survives at the home.

Jim was a member of St. Louis of France Catholic Church, where he had served on the Parish Council. He was also a Knights of Columbus member, Council 2027. Over the years, he had been a Linn Volunteer Fire Fighter, a member and officer on the Ambulance Board of Directors, and an Osage County Farm Bureau Board Member

In addition to his parents, he was preceded in death by: one half-sister, Cathy Rehagen, and one half-brother, Chester Sieg, Jr.

Mass of Christian Burial will be at 10:00 a.m. Wednesday, August 10, 2011, at St. Louis of France Catholic Church with Fr. Joe Corel as the Celebrant. Interment will follow in the Parish Cemetery.

To order memorial trees or send flowers to the family in memory of James E. Mantle, please visit our flower store.