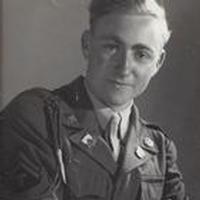 Gus attended school in Belle and served in the United States Army during World War II.

On November 26, 1957, he was united in marriage to Velda Branson in Hernando, MS. She survives of the home.

Gus worked for Community Tire Company in St. Louis for 33 years and later worked for Daniel Construction during the construction of the Callaway Nuclear Plant.

Gus was a member of the Community of Christ Church in Linn and the VFW. He enjoyed fishing, hunting, and was a St. Louis Cardinal fan.

In addition to his parents, he was preceded in death by: four brothers, Roy, Billy, Donnie, and Ed Party; and three sisters, Tillie Hackman, Faye Butler, and Ida Party.

Funeral Services will follow at 1:00 p.m. with Gary Carey officiating. Interment will follow in the Community of Christ Cemetery in Linn.

To order memorial trees or send flowers to the family in memory of James "Gus" A Party, please visit our flower store.