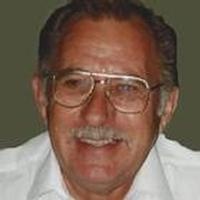 J.R. was a 1953 graduate of Linn High School and also attended the University of Missouri in Columbia.

On April 18, 1955, he was united in marriage to Nancy J. Bolten in Jefferson City. She survives at the home.

J.R. was a United States Navy Veteran and worked most of his life as a supervisor/manager for several printing companies.

He enjoyed fishing, hunting, golfing, card playing and spending time with his family and friends.

In addition to his parents, he was preceded in death by: one son, Rusty Robinson and two sisters, Peggy Bryson and Susan Sprenger.

Funeral Services will be held at 11:00 a.m. on Wednesday, June 4, 2014, at Morton Chapel in Linn with Fr. I.C. Medina officiating. Interment will follow in the Perrey-St. Isidor Cemetery with full military honors.

To order memorial trees or send flowers to the family in memory of James D. Robinson, please visit our flower store.