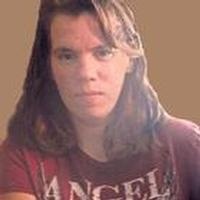 Jamey was born March 9, 1976, in St. Louis, a daughter to Larry and Jane (Slusser) Jones. They survive in Chamois.

Jamey loved volunteering at the Head Start Program in Chamois.

Jamey was engaged to Mark Musgrave of Chamois.

In addition to her parents and fiancAC., Jamey is survived by: two daughters, Amber Bonnot and Annabelle Bonnot of the home; one son, Austin Musgrave of the home; four brothers, Timmy Jones and his wife Joy of St. Louis, Ricky, Donnie, and Mickey Jones all of Chamois; maternal grandmother, Myraline Slusser of Chamois; and several nieces, nephews and friends.

In lieu of flowers, expressions of sympathy may be made to the family of Jamey Jones.

To order memorial trees or send flowers to the family in memory of Jamey Estelle Jones, please visit our flower store.