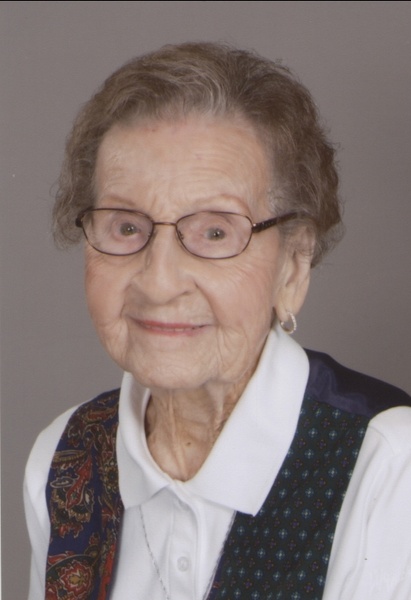 Jane was born January 15, 1922, in Linn, a daughter to the late Peter and Anna (Dill) Schnitzler.

Jane was a 1940 graduate of Linn High School.

Before Jane was married to Clifford she worked for Francis Knollmeyer and Scruggs Guhlmann for five years as a clerk and bookkeeper.  Later Jane worked as a secretary for the principal at Linn High School from 1965 until 1980.  After her retirement, Jane worked for Linn Department Store and Knoerr Jewelry.

She enjoyed gardening, traveling on bus tours, and spending time with her family.

In addition to her parents and spouse of 56 years, Jane was preceded in death by four brothers, Edward “Ed”, Peter “Bert”, John Henry “Jack” and Nelson Schnitzler and one sister, Sylvia Cavanaugh.

Expressions of sympathy may be made to St. George School or the Good Shepherd Food Pantry.

To order memorial trees or send flowers to the family in memory of Jane Frances Herndon, please visit our flower store.