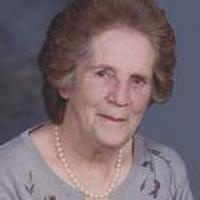 Jane was born on January 30, 1935, in Chamois, a daughter to the late Joseph and Elanora (Bauer) Kaullen.

Jane was a 1953 graduate of Chamois High School.

On June 5, 1954, she was united in marriage to Elmer John Keilholz in Chamois. He survives of the home.

Jane was a wonderful homemaker to her family and worked as a seamstress at Morrison Apparel Company in Chamois. She was a great cook, especially her fried chicken, apple pies and her breakfast ring. You never left her house hungry or without taking leftovers. Jane never met a stranger and loved her family gatherings. Jane was a big fan of George Strait, loved flowers especially yellow roses and enjoyed gardening. Jane loved her cats, hummingbirds and her puppy, Annie. Jane and Elmer enjoyed quilting and woodworking together creating many treasured keepsakes for their children and grandchildren.

Jane was a member of Most Pure Heart of Mary Catholic Church in Chamois.

In addition to her parents, Jane was preceded in death by a daughter-in-law, Pam Keilholz.

Expressions of sympathy may be made to Most Pure Heart of Mary Catholic Church or the Deer Creek Cemetery.

To order memorial trees or send flowers to the family in memory of Jane Keilholz, please visit our flower store.