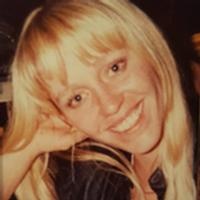 Jennie McGath, age 53 of Chamois, passed away on Saturday, June 18, 2016, at University Hospital and Clinics in Columbia.

Jennie was born April 8, 1963, in St. Louis, a daughter to the late Less Grant and Bonnie (Lauck) Broyles which survives of Morrison.

Jennie was a 1981 graduate of Grubville High School in Grubville, MO.

Jennie enjoyed gardening, cooking, interior decorating, and reading. She had a big heart and was very generous always helping those in need. She had a deep love for all animals and a free spirit. Her greatest joy came from spending time with her family, especially her grandchildren.

In addition to her mother and her step-father, Walt Broyles, and her spouse of almost 20 years, Jennie is survived by: two daughters, Sheena Dickinson and her fiancAC. Brian Kinnaird of Troy and Amy Grant of Coos Bay, OR; one brother, Gary Yates of Forest Grove, OR; one sister, Lisa Lingenfelter of Morrison; two cousins who she saw as her brother and sister, Ray West of St. Louis and Kelley Finley of DeSoto; two grandchildren, Kinsey Kinnaird and Revah Marino; as well as nieces, nephews and friends.

In addition to her father, Jennie was preceded in death by her maternal grandparents, Curtis and Lois Lauck.

Expressions of sympathy may be made to the family of Jennie McGath.

To order memorial trees or send flowers to the family in memory of Jennie McGath, please visit our flower store.