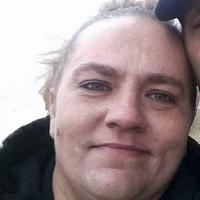 Jennifer Marie Rothermich, age 37, of Owensville, passed away Wednesday, May 24, 2017, due to injuries sustained in an automobile accident.

Jennifer was born July 10, 1979, in St. Louis, a daughter to Janice Abernathy of Linn and Marvin Herndon of Washington.

Jennifer was a 1998 graduate of Owensville High School.

On February 9, 2004, she was united in marriage to Robert Rothermich in Union. He survives of the home.

Jennifer was a great mother, wife and sister-in-law. She enjoyed arts and crafts, working on vehicles with her husband and spending time with her boys. She will be greatly missed and was deeply loved.

In addition to her husband, Jennifer is survived by: two sons, Johnathan and Nicholas of the home; her mother and step-father, Janice and Mike Abernathy of Linn; her father, Marvin Herndon of Washington; a brother, Bill Herndon and his wife Tina of Linn; a half-brother, Joe Herndon and Fiancee Megan of Washington; a half-brother, Edward Abernathy and his wife Kody of Linn; three brothers-in-law, Kenneth Mason and his wife Janina of Belle, Roy and George Rothermich of Owensville; step-mother and father-in-law, Harry Rothermich and his wife Zora of Gerald; a nephew, Carter Herndon; a niece, Eve Abernathy; and uncle, Robert Herndon of Washington; grandparents, Donald and Judy Willis of Gravois Mills; along with many aunts, uncles, and cousins.

To order memorial trees or send flowers to the family in memory of Jennifer Marie Rothermich, please visit our flower store.