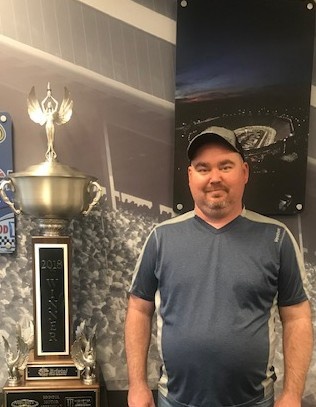 Jeremy G. Collins, age 41 of Linn, passed away Tuesday, December 17, 2019, at his residence surrounded by his loving family.

Jeremy was born February 25, 1978, in Houston, Missouri, a son to Larry Collins and his wife Sara of Houston and the late Sherry (Thornhill) Collins.

Jeremy was a 1996 graduate of Houston High School.

On October 23, 1999, he was united in marriage to Sara Nolting.  She survives of the home.

Jeremy was a HVAC Technician working in the heating and air conditioning field for Industrial Enterprise, Inc. in Jefferson City.

He was a member of Salem Presbyterian Church where he served as a Session Member.

Jeremy enjoyed camping, attending his children’s sporting and school events, and spending time with his family and friends.

In addition to his father and spouse of 20 years, Jeremy is survived by: two sons, Nathan and Lucas Collins, both of the home; one daughter, Chelsey Collins and her fiancé Layne Crump of Ashland; two sisters, Misti Hall and her husband Clyde of Bentonville, AR, and Amber Kinnaird and her husband Tony of Neosho; his mother-in-law, Marilyn Nolting of Linn, along with many nieces, nephews, and friends.

In addition to his mother, he was preceded in death by his father-in-law, Leroy Nolting.

Funeral services will be held at 11:00 a.m. on Saturday, December 21, 2019, at Salem Presbyterian Church in Hope with Rev. Jason Hilkerbaumer officiating.  Interment will be in the Church Cemetery.

To order memorial trees or send flowers to the family in memory of Jeremy Gale Collins, please visit our flower store.