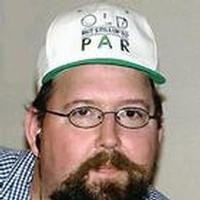 Jerry was born July 20, 1968, in Jefferson City, a son to August "Gus" and Ann (Grellner) Wibberg. They survive of Linn.

Jerry was a 1986 graduate of Linn High School and a member of St. George Catholic Church.

Mass of Christian Burial will follow at 10:00 a.m. with Fr. I.C. Medina as the Celebrant. Interment will be in St. George Church Cemetery.

Expressions of sympathy may be made to Masses.

To order memorial trees or send flowers to the family in memory of Jerome D. Wibberg, please visit our flower store.