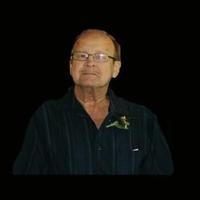 Jerry W. Shockley, age 66 of Taos, passed away on Friday, February 3, 2017, at SSM Health St. Mary’s in Jefferson City.
Jerry was born on January 8, 1951, in Hope, Missouri, a son to the late Arch and Edna (Lemmons) Shockley.
Jerry attended school in Linn.
On June 1, 1968, he was united in marriage to Deborah “Debbie” Schaefer in Linn. She preceded him in death on December 24, 2014.
Jerry was employed as a Foreman at JC Industries and as a Superintendent at Jefferson Asphalt before retiring.
Jerry was a member of St. Francis Xavier Catholic Church in Taos and enjoyed traveling, fishing, going to the casinos and spending time with his family and friends, especially his grandchildren.
Jerry is survived by: one son, Joe Shockley and his wife Alana of Fulton; three daughters, Kim Branch and her husband Chris of Jefferson City, Denise Peters and her husband Bo of Linn, and, Amanda Shockley of Taos; eight siblings, Forrest “Sonny” (Carol) Shockley, Melba Bacclesse, Lucille (Lincoln) Sieg, Darline Sieg, Lola Davis, Lorene (Jack) Wild, Diane (Andy) Mitchem, and Sharon (Clyde) Laughlin, all of the State of Missouri; nine grandchildren, Emily Johnson, Christopher Shockley, Elizabeth Weeces, Haley Branch, Sarah Garrett, Seth Peters, Allison Peters, Charlotte and Sofia Hansert; two great grandchildren, Avah and Makel; his mother-in-law, Darlene Schaefer; and several nieces and nephews.
In addition to his parents and spouse of 46 years, Jerry was preceded in death by: four brothers, Wilbur, Milford, Delmer and Larry Shockley; his father-in-law, Buck Schaefer; a daughter-in-law, Theresa Shockley; and a granddaughter, Morgan Johnson.
Visitation will be held from 1:00 p.m. to 4:00 p.m. on Sunday, February 5, 2017, at Morton Chapel in Linn.
Mass of Christian Burial will be held at 10:00 a.m. on Monday, February 6, 2017, at St. George Catholic Church in Linn with Fr. Daniel Merz as the celebrant. Interment will be in St. George Parish Cemetery in Linn.
Expressions of sympathy may be made to a charity of the donor’s choice.
SERVICES
Visitation

To order memorial trees or send flowers to the family in memory of Jerry Wayne Shockley, please visit our flower store.