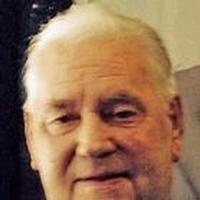 Jerry was born August 2, 1937, in Judge, a son to the late John Henry and Zaza Helen (Lansford) Wolfe.

Jerry was a 1955 graduate of Linn High School.

On August 12, 1958, Jerry was united in marriage to Cartelia "Cartie "Allen. She survives of the home.

Jerry worked as a carpenter for most of his life but was also was an auctioneer. He helped at the 4H livestock auctions at the Osage County Fair for several years as well as auctioning at other charity events throughout the county. Jerry also served two terms as Osage County 1st District Commissioner.

Jerry enjoyed fishing, horseback riding, camping, barbecuing and woodworking. He always looked forward to hosting an annual fish fry for his family and friends. However his greatest love was spending time with his family, especially his grandchildren and great grandchildren.

In addition to his parents, Jerry was preceded in death by one brother, Gary Wolfe.

Expression of sympathy may be made to Solid Rock Baptist Church or to the American Heart Association.

To order memorial trees or send flowers to the family in memory of Jerry G. Wolfe, please visit our flower store.