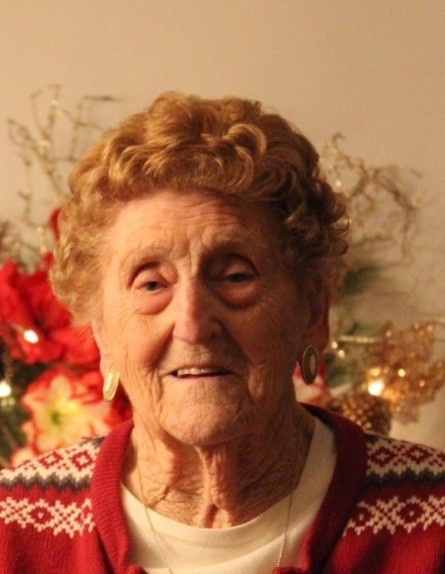 Jewell Marie Thompson, age 99 of Linn, passed away Tuesday, December 31, 2019, at University of Missouri Hospital and Clinics in Columbia.

Jewell was born November 7, 1920, in Bonnots Mill, a daughter to the late Frank and Esther (Smith) Hubert.

She was a 1936 graduate of Cadet Creek School and attended Missouri State Teachers College in Warrensburg where she received her teaching degree.

After graduating from Missouri State Teachers College, she taught for 5 years during the 1930’s at the one room Deer Creek and Cadet Creek Schools.  She was also a substitute teacher while helping her husband on the farm.  Later she was employed by the Missouri Division of Family Services becoming the Osage County Director before retiring in 1986.

She was a charter member of the Linn First Baptist Church where she served as the past Church Historian, past Treasurer, pianist, Sunday school teacher, vacation bible school teacher, as well as serving on many other church committees.  She was fondly known as the “Matriarch of the Church”.

Jewell enjoyed gardening, crocheting, embroidery, helping on the farm after her retirement.  But her greatest joy came from spending time with her grandchildren.

Funeral services will be held at 2:00 p.m. on Sunday, January 5, 2020, at First Baptist Church in Linn with Rev. David Krueger officiating.  Interment will be in the Linn Public Cemetery.

In lieu of flowers, expressions of sympathy may be made to First Baptist Church, Special Learning Center or Goldschmidt Cancer Center.

To order memorial trees or send flowers to the family in memory of Jewell Marie Thompson, please visit our flower store.