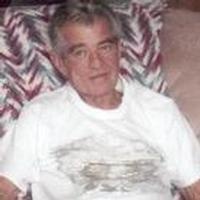 He was a 1963 graduate of Chamois High School and joined the Marine Corp in May 1963 and served during the Vietnam conflict.

Jack lived and worked in California and Colorado before relocating to Columbia, MO where he retired from the Columbia Public School District.

On October 7, 1999, Jack was united in marriage to Jan Heddles in Fort Collins, CO. She survives of the home.

In addition to his wife Jan, he is survived by: one son, Shawn A. Crowe and his life partner Brenda of the State of Oregon; an adopted son, Shawn W. Crowe and his wife Susan of Jefferson City; three step-sons, Matt Schilling and his wife Sarah of Fort Knox, KY, Michael Neugebauer and his wife Amy of Springdale, AR, and Josh Gibson of the home; two step-daughters, Susan and her husband Chris Wolfe of Linn, and Ashlee Gibson of the home; 10 sisters, Sue Farnsworth, Debbie Wolfe, Judy Hale and Estella Groves all of Linn, Gladys Kaullen and Alverda Buscher both of Chamois, Betty Nolte of Morrison, Kathy Reeves of Bunceton, Sharon Fleeman of Fort Leonard Wood, and Donna Helfrich of Fenton; five brothers, Robert Crowe of Linn, Rick Crowe of Bonnots Mill, Curtis Crowe of Mt. Sterling, Larry Crowe of Hermann, and Frank Crowe of the State of Arkansas; 13 grandchildren and many nieces, nephews, and friends.

In addition to his parents, Jack was preceded in death by: one son, Dhawn Crowe; one sister, Esther Relford; two brothers, James and Donald Crowe; and one grandchild Jayde Neugebauer.

Funeral Services will be at 10:00 a.m. Thursday, February 3, 2011, at Morton Chapel in Linn with Fr. I.C. Medina officiating. Interment will follow at the Linn Public Cemetery with full military honors.

To order memorial trees or send flowers to the family in memory of John W. Crowe, please visit our flower store.