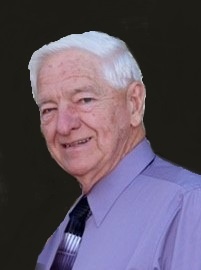 John “Jack” William Huesgen, age 79 of Frankenstein, passed away peacefully on Thursday, August 10, 2017, at his residence surrounded by his loving family.

Jack was born October 6, 1937, in Luystown, a son to the late Peter Jurd and Marie Anna (Gelven) Huesgen.

Jack attended Lincoln Grade School and St. Catherine’s Elementary in St. Louis before moving to Luystown and attending Linn High School.  He enlisted in the United States Army in 1957 and was honorably discharged in 1959.

Jack was employed with Sefton Can Company in Maplewood from 1959 until 1967. He then went to work for General Motors small arms ammunition plant and on to General Motors Chevrolet Plant both located in St. Louis.  Over the years, Jack had several side jobs including owning and operating a gas station in Linn, hauling scrap metal, working at Lab Corporation and Osage Industries, and he was a limo driver.

Jack and Alela moved back to Frankenstein permanently in 1994.  Jack enjoyed spending time with his family, working on cars as well as restoring them, and farming raising pigs, horses, cows, and chickens.

Jack was a member of Our Lady Help of Christians Catholic Church in Frankenstein.

In addition to his parents and spouse, Jack was preceded in death by: two brothers, Ellis Huesgen and Carl Wayne Huesgen; and a sister, Joan Vocks.

To order memorial trees or send flowers to the family in memory of John "Jack" W. Huesgen, please visit our flower store.