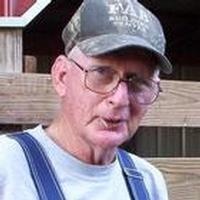 John was born January 9, 1935, in Jefferson City, a son to the late Leslie Wayne and Nellie Grace (Lambeth) Maddox.

John was of the Baptist faith and a member of the Construction Industry Laborers Union.

John is survived by: three sons, John W. Maddox and his wife Victoria of Chamois, Arthur L. Maddox and Travis A. Maddox both of Linn; five daughters, Grace Williams and her husband Kenneth of Elkland, MO., Betty Rutledge of Jefferson City, Hope Maddox and Nancy Jennings both of Linn, and Janice Riley of Swiss; one sister, Carrie Lou Boelkes of Hartsburg; nine grandchildren, eight great grandchildren, and many nieces, nephews, and friends.

In addition to his wife and parents, he was preceded in death by: one daughter, Zona Sue Whitehurse; two sisters, Polly Ann Sparr and Peggy Jane Thompson.

Funeral Services will be at 10:00 a.m. on Friday, September 30, 2011, at Morton Chapel with Rev. Aaron P. Kotila officiating. Interment will follow in the Useful Cemetery.

Expressions of sympathy may be made to Hospice Compassus or Useful Cemetery.

To order memorial trees or send flowers to the family in memory of John A. Maddox, please visit our flower store.