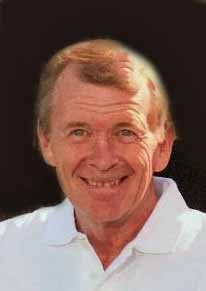 John was a 1966 graduate of Cole R-1 High School in Russellville.  John later in life went on to earn a master’s degree in counseling from Central Missouri State University in Warrensburg.

On April 29, 1988, he was united in marriage to Alice Hampton in Russellville.  Alice survives at their residence.

John was employed for Cole County R-1 School District as a History teacher and later counselor, a contract writer for ESM trash company, owner/operator with his brother at L&M Office supply in Jefferson City and he retired in 2010 as the director of Missouri Department of Education.

John was a member of Community Christian church in Linn.  He enjoyed blacksmithing, hunting, fishing, gardening, cooking, playing pranks on people and most of all spending time with his family and friends.

In addition to his wife of thirty-two years, John is survived by: two daughters, Michele DeSutter and her husband Steven of Monett and Sarah Hoelscher and her husband Dennis of Linn; four grandchildren, Wyatt Burton of Columbia, Lily Hoelscher, Cody Hoelscher and Cameron Hoelscher all of Linn; he was Papa John to Abigail Elliott and Ireland Bax; one brother, Mark Weber and his wife Doris of Russellville; along with many nieces, nephews and friends.

In lieu of flowers, expressions of sympathy may be made to Central Missouri Hospice in Jefferson City.

To order memorial trees or send flowers to the family in memory of John R. Weber, please visit our flower store.