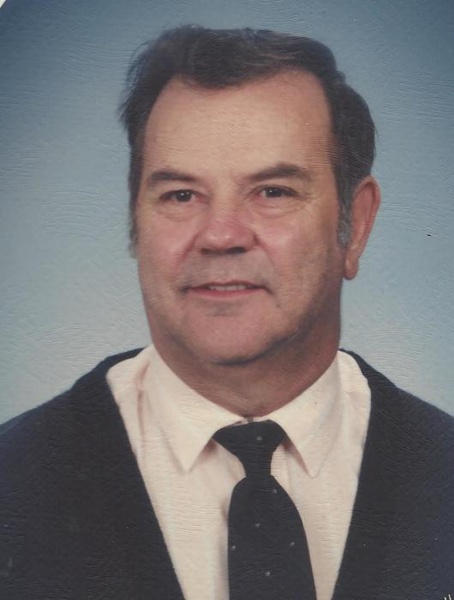 Joseph “Bud” Jaegers, 85, of Linn, passed away peacefully on Thursday, March 5, 2020 at General Baptist Nursing Home in Linn surrounded by his loving family.

Bud was born February 4, 1935 in Frankenstein son to the late William and Frances (Bogler) Jaegers.

Bud attended grade school in Frankenstein and was a 1953 graduate of Fatima High School. He proudly served his country in the United States Army from 1954 to 1956.

On May 28, 1955, he was united in marriage to Martha Kirsch in Tacoma, Washington. She survives of the home in Linn.

Bud was a member of St. George Catholic Church in Linn. Where he served on its school board and parish council. He was also a volunteer firefighter and a member of the pork producer’s association.

Bud was a farmer who enjoyed raising hogs, turkeys, cattle and poultry. After selling his farm he was the founder of BJ’s Restaurant and Lounge in Linn. After selling the restaurant to his son Dale and retiring in 1997, Bud and Martha enjoyed traveling across the country.

Bud had a love for hunting, fishing, gardening, flower gardening, cooking and was known for having homemade cookies for breakfast.  Above all he enjoyed the time spent with family and friends especially the holidays with his favorite being the fourth of July.

Bud was a social person who loved being around people and was always there to greet visitors.

Bud is survived by his eight children: Deborah Niederhelm of Holts Summit, Janet (Michael) Haslag of Linn, Charlotte (Larry) Boeckman of Jefferson City, Charlene (Rob) Eisterhold of Rich Fountain, Doris (Bernell) Keilholz of Frankenstein, Dale (Robin) Jaegers of Linn, Keith (Debbie) Jaegers of Linn, Kenneth (Janelle) Jaegers of Linn; 22 grandchildren and 24 great grandchildren; one sister, Viola Schaefer of Union; along with many nieces, nephews and friends who were very special to him.

Mass of Christian Burial will be held at 10:00 a.m. on Tuesday, March 10, 2020, at St. George Catholic Church in Linn with Fr. Daniel Merz as the Celebrant.  Interment with Full Military Honors will follow at St. George Parish Cemetery.

To order memorial trees or send flowers to the family in memory of Joseph "Bud" Jaegers, please visit our flower store.