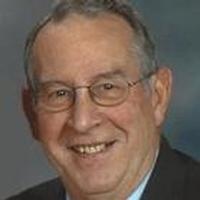 Joe was a graduate of LaSalette Seminary High School in Jefferson City and attended St. Louis University. He served in the United States Air Force from 1959-1963.

Joe was employed with several travel agencies in Jefferson City, retiring from Central Travel in 2006. He helped organize and led several pilgrimages to Europe, traveled to several foreign countries, the Caribbean islands and all 50 states. Prior to working in the travel business, he worked for McDonnell-Douglas in St. Louis and Ozark Airlines in Jefferson City and Columbia. Joe previously held a private pilot license.

Joe was a member of St. George Catholic Church, where he served as a lector and extraordinary minister of Communion, taught RCIA classes, was a member of the Knights of Columbus, past Grand Knight and also past Faithful Navigator and member of the 4th Degree Honor Guard.

Joe has also served as parish council president for 3 parishes, president of Legion of Mary at parish and diocesan levels, member and vice-chair of Diocesan Pastoral Council, president of Home and School Association, president of Holy Name Sodality. He was retreat captain for White House Retreats in St. Louis, having made over 35 retreats.

He was preceded in death by his parents and a sister, Karen Reichart.

Mass of Christian Burial will be held at 10:00 a.m. on Tuesday, August 21, 2012, at St. George Catholic Church with Fr. John Schmitz as the Celebrant. Interment will follow in St. George Parish Cemetery with full military honors.

In lieu of flowers, expressions of sympathy may be made to St. George Catholic Church, Missionaries of LaSalette, Hope Lodge of St. Louis, Hospice Compassus, White House Retreat or for Masses.

To order memorial trees or send flowers to the family in memory of Joseph B. Reichart, Jr, please visit our flower store.