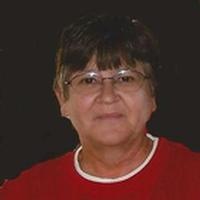 Judy A. Owens, age 68 of Linn, passed away Friday, July 29, 2016, at the University Hospital and Clinics in Columbia.

Judy was born March 25, 1948, in Jefferson City, a daughter to the late Arthur and Nancy (McKinney) Walker.

Judy was a 1966 graduate of Chamois High School and later took some college courses.

On April 11, 1992, Judy was united in marriage to Mark Owens in Judge. He survives of the home.

Judy was baptized in the Christian Church in Chamois.

She enjoyed gardening, flowers, animals, basketball and NASCAR. Her greatest love was her family. She loved talking about her children and spending time with her grandchildren and her great grandchildren.

In addition to her parents, Judy was preceded in death by one sister, Alma Jean Reynolds.

Visitation will be held from 9:00 a.m. until 11:00 a.m. on Wednesday, August 3, 2016, at the Solid Rock Baptist Church in Judge. Funeral Services will follow at 11:00 a.m. with Rev. Dan Bauder and Rev. Perry Wolfe officiating. Interment will follow in Solid Rock Cemetery in Judge.

Expressions of sympathy may be made to the Solid Rock Baptist Church or the Humane Society of Missouri.

To order memorial trees or send flowers to the family in memory of Judy Ann Owens, please visit our flower store.