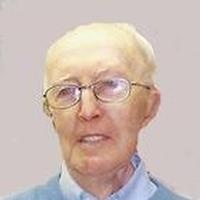 Kenneth was born on October 16, 1923 in Kirksville, a son to the late Orice and Gladys (Teter) Greer.

He was a graduate of Macon High School and was a World War II Army Air Corp Veteran. In September 2009, Kenneth visited the World War II Memorial in Washington DC as part of the Honor Flight Program.

On January 29, 1946, he was united in marriage to Doris Dille in Macon, MO.
She survives of the home.

Kenneth was employed by Missouri Pacific Railroad in the early 1950's as a Depot Agent before leaving in 1962 to take a job as store room manager for Central Electric Power Plant in Chamois where he worked for over 25 years until his retirement in 1987.

Kenneth was a member of the Maranatha Baptist Church where he was a long time deacon. He enjoyed repairing radio and televisions, fishing, gardening and attending air shows.

In addition to his parents, Kenneth was preceded in death by: one sister, Dorothy Jean Carter and one great grandchild, Anthony Jordon Sieg.

Funeral Services will be at 10:00 a.m. Friday, February 18, 2011, at Maranatha Baptist Church in Chamois with Rev. Ben Montgomery officiating. Interment will follow at the Missouri Veterans Cemetery in Jacksonville.

Expressions of sympathy may be made to the Maranatha Baptist Church or to a charity of the donor's choice.

To order memorial trees or send flowers to the family in memory of Kenneth C. Greer, please visit our flower store.