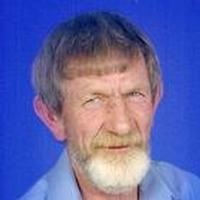 Kenny was born July 10, 1949, in Jefferson City, as son to the late Barnhardt "BK-Skeeze" and Margaret (Keen) Peters.

He was a 1967 graduate of Linn High School and an Army Veteran of the Vietnam Conflict.

On September 28, 1968, he was united in marriage to Paulette Kremer in Frankenstein. She survives of the home.

Kenny was a truck driver for Midland Oil Company since 1991. Prior to that, he drove trucks for Temmen Transport and Stamper Feed Store. He was a member of St. George Catholic Church and enjoyed working outdoors and spending time with his grandchildren at home.

Mass of Christian Burial will be at 10:00 a.m. Wednesday, April 13, 2011, at St George Catholic Church with Fr. I.C. Medina as the Celebrant. Interment will follow in St. George Cemetery with full Military Honors.

Expressions of sympathy may be made payable to a charity of the donor's choice.

To order memorial trees or send flowers to the family in memory of Kenneth J. Peters, please visit our flower store.