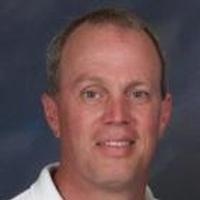 Larry Lee Hennier, age 48 of Rich Fountain, passed away Sunday, July 6, 2014, at the University of Missouri Hospital, from injuries sustained in a boating accident.

Larry was born April 5, 1966, in Independence, Missouri, a son to the late Larry Lee Hennier, Sr. and Vicki Joey (Holm) Hennier who survives in Independence.

Larry was an avid Kansas City Chiefs and Royals fan. He enjoyed coaching and attending his sons' sporting events, often taking them to the ball park for additional practice. Larry treasured time spent with friends at Boobies and backyard bar-b-ques with family and neighbors. He loved lottery tickets, Star Wars, and vacationing with his family at the beach. Larry lived each day to its fullest and continues giving the gift of life through organ donation.

Larry was an inspiration to many young athletes in the surrounding communities. He encouraged every child to push beyond their limits and treated each as if they were the MVP of the team.

On July 16, 1994, Larry was united in marriage to Gale "Honey" Eisterhold at Sacred Heart Catholic Church in Rich Fountain. She survives at the home.

Larry was employed as a Supervisor at Quaker Window Products in Freeburg.

Larry was a member of Sacred Heart Catholic Church in Rich Fountain and was a Past Grand Knight for the Knights of Columbus Post 10690 and currently was serving as the Council's Youth Activities Director. He was the cross country coach for Sacred Heart School, a board member for the Rich Fountain Ball Park Association, and a member of the Sacred Heart School Board. Larry also served on various other boards and was involved in numerous activities throughout the community.

In addition to his spouse of almost 20 years and his mother, Larry is survived by three sons: Chad Lindley of Blue Springs, MO; Hunter and Lucas Hennier both of the home; a sister, Lorri Hendricks and her husband Jeff of Independence; a brother, Joey Hennier of Independence; one half-brother, Randy Hennier of Belton, MO; one half-sister, Ranee; his mother-in-law, Dolores Eisterhold of Rich Fountain; two sisters-in-law, Stacey Weible of Rich Fountain and Dawn Wilde and her husband Mike of Taos; as well as several nieces and nephews and many, many friends.

In addition to his father, he was preceded in death by his father-in-law, Alvin "Booby" Eisterhold.

Mass of Christian Burial will be held at 11:00 a.m. on Tuesday, July 15, 2014, at Sacred Heart Catholic Church in Rich Fountain with Fr. Augustine Okoli and Fr. James Finder as concelebrants. Interment will follow in the Sacred Heart Parish Cemetery.

Expressions of sympathy may be made to Sacred Heart Catholic School or the Jefferson City Road Runners Club.

To order memorial trees or send flowers to the family in memory of Larry L. Hennier, please visit our flower store.