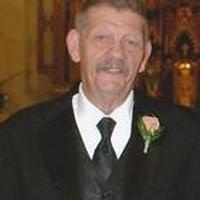 Larry was born September 20, 1947 in Jefferson City, a son to the late Paul Schaefer and Thelma (Hicks) Schaefer who survives in Linn.

Larry was a 1965 graduate of Linn High School and served in the United States Army during the Vietnam Conflict.

Larry had worked as a manager at Scholastic before retiring. Larry was a member of St. George Catholic Church in Linn and enjoyed his last years golfing, fishing and spending time with his family and friends.

Funeral Services will be held at 11:00 a.m. on Tuesday, May 14, 2013 at Morton Chapel in Linn with Fr. John Schmitz officiating. Burial will be in the St. George Parish Cemetery in Linn with full military honors a later date.

Expressions of sympathy may be made to the Linn VFW Post 4756.

To order memorial trees or send flowers to the family in memory of Larry Schaefer, please visit our flower store.