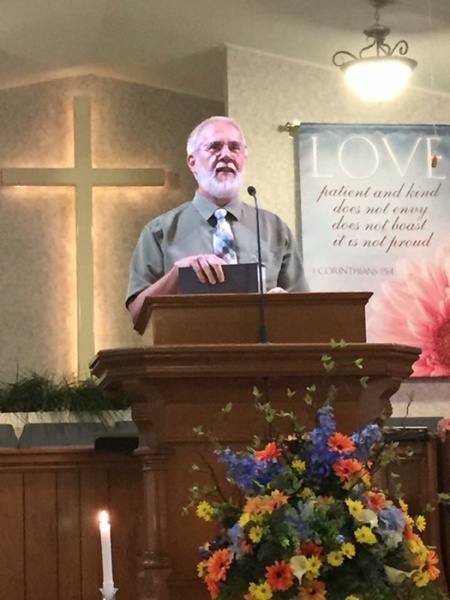 Larry was born on April 25, 1950, to Louis and Maxine Schaefferkoetter.

He was a 1968 graduate of Owensville High School and received his Associates Degree in Drafting from Linn Technical College.

On August 24, 1974, he was united in marriage to Mary Price at Mt. Zion Baptist Church in Bland.  In addition to his spouse of 43 years, Larry is survived by: his mother, Maxine Schaefferkoetter; three children, Joanna Warren and her husband Keith, and their sons, Markus, Ryan, Carter, and Evan; Nathan Schaefferkoetter and his wife Leigh and daughter, Myka and son Ethan; and Sara Retzloff and her son, Connor.

Larry was employed at Westinghouse/ABB for 41 years.

He was a member of the First Baptist Church in Linn and served as the Worship Leader for over 30 years.

He enjoyed singing and playing bluegrass music, bird watching, gardening and he loved spending time with his family. Larry had a great sense of humor which he maintained to the end.

Expressions of sympathy made be made to the Larry Schaefferkoetter Family.

To order memorial trees or send flowers to the family in memory of Larry R. Schaefferkoetter, please visit our flower store.