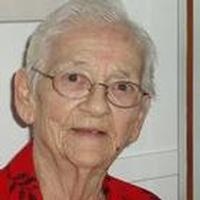 Lavina was born August 17, 1920, in Keokuk, IA, a daughter to the late William Harry and Alma Amelia Wilhmina (Pfaffe) Inman.

Lavina graduated from Keokuk High School and worked as a secretary in a medical office.

Lavina is survived by: one son, Norman and his wife Jacque Leonard of Pampa, TX; one daughter, Bonnie Martindale and her husband Jay of Jefferson City; one brother, Norman Inman of Keokuk, IA; two grandchildren, Rachel Ware and Gabe Leonard; one great grandchild, Jamie Ware as well as nieces and nephews.

In addition to her parents and husbands, she was preceded in death by one brother, Raphael Inman.

To order memorial trees or send flowers to the family in memory of Lavina M. Felgar, please visit our flower store.