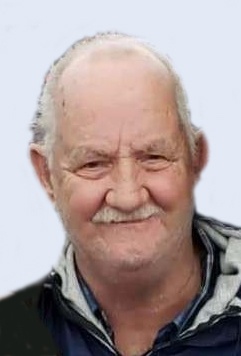 Larry was born on September 19, 1952, in Rich Fountain, a son to the late Lawrence C. Sr. and Clementine (Brandt) Luebbert.

Larry was a 1970 graduate of Fatima High School.

On October 11, 1986, he was united in marriage to Mildred Werdehausen in Meta.  Mildred survives at their home.

Larry was employed at MFA in Freeburg, Quaker Window in Freeburg for over 35 years and later at Thriftway in Linn.

Larry was a member of Sacred Heart Catholic Church in Rich Fountain.

Larry enjoyed working, tinkering on projects and visiting with everyone he met.  He was an avid St. Louis Cardinals fan but his greatest enjoyment in life was spending time with his family, especially his grandchildren.

In addition to his wife of 33 years, Larry is survived by: one daughter, Jessica Chambers and her husband Stony Jr.; one son, Chris Luebbert and his girlfriend, Mackenzie Wilson of Linn; two grandchildren, Stony “Burk” Chambers, III and Axel Chambers; two brothers, Wilfred Luebbert and his wife Evelyn of Linn and Bill Luebbert and his wife Pat of Sandston, VA.; two sisters, Dorothy Dresel of Freeburg and Clara Kremer of Rich Fountain along with many nieces, nephews and friends.

In addition to his parents, Larry was preceded in death by one brother, Robert Luebbert and one sister, Delores Rustemeyer.

Visitation will be held from 9:00 to 11:00 a.m. on Saturday, October 10, 2020, at Sacred Heart Catholic Church in Rich Fountain with a Funeral Service to follow at 11:00 a.m. with Rev. William Debo officiating.  Interment will follow in the Sacred Heart Parish Cemetery.

In lieu of flowers, expressions of sympathy may be made to the Family of Larry Luebbert.

To order memorial trees or send flowers to the family in memory of Lawrence "Larry" Luebbert, Jr., please visit our flower store.