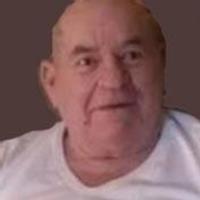 Leo was born July 9, 1930, in Loose Creek, a son to the late Henry Ernest and Margarete Odilia (Schmitz) Bennartz.

Leo was employed at Geiger Gas delivering propane and also worked for MFA in Jefferson City.

Leo was a member of St. George Catholic Church in Linn.

Leo enjoyed collecting antiques and going to auctions. He was a handyman always finding a way to fix broken things. Leo enjoyed dancing and working in his garden. However, his greatest joy, was spending time with his grandchildren.

Leo is survived by: his best friend and companion of 15 years, Mariland Hackmann of Linn; one son, Donny Bennartz of Los Angeles, CA; two daughters, Brenda Bennartz-Grieve and Donna Bennartz-Hale both of Jefferson City; six grandchildren and six great grandchildren.

In addition to his parents, he was preceded in death by two sisters, Mary Branson and Elizabeth Wolfe.

Funeral Services will follow at 3:00 p.m. on Saturday, April 25, 2015, at Morton Chapel with Fr. Daniel Merz officiating. Interment with Full Military Honors will follow in the St. George Parish Cemetery.

To order memorial trees or send flowers to the family in memory of Leo J. Bennartz, please visit our flower store.