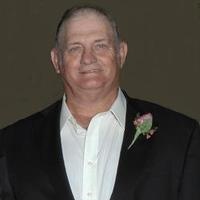 On August 12, 1960, he was united in marriage to Bernadine Kremer at Our Lady Help of Christians Catholic Church in Frankenstein.  She survives of the home.

Leo was a lifetime farmer.

He enjoyed playing Preference, camping, hunting, fishing, dancing, traveling and spending time with his family.  He also played the steel guitar and was an original member of the Osage County Drifters.

In addition to his parents, he was preceded in death by: two brothers, Alphonse Brandt and an infant brother, Paul and two sisters-in-law, Loretta Brandt and Catherine Brandt.

Mass of Christian Burial will be held at 11:00 a.m. on Wednesday, July 12, 2017, at St. George Catholic Church in Linn with Fr. David Means as the celebrant.  Interment will follow in the St. George Parish Cemetery.

A Rosary Service will be held at 2:30pm

with Fr. David Means as the Celebrant

A Rosary Service will be held at 2:30pm

with Fr. David Means as the Celebrant

To order memorial trees or send flowers to the family in memory of Leo J. Brandt, please visit our flower store.