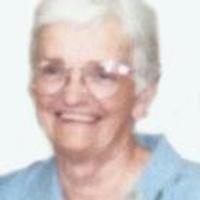 Leoba was born September 7, 1933, in Linn, a daughter to the late Leo and Clara (Otto) Berhorst.

On June 12, 1954, Leoba was united in marriage to Clem Mengwasser in Linn. He survives at their home in Rich Fountain.

Leoba was a homemaker and a lifelong area resident. She was a member of Sacred Heart Catholic Church in Rich Fountain and St. Ann's Sodality.

She enjoyed fishing, gardening, flowers, helping on the farm and spending time with her grandchildren.

In addition to her parents, she was preceded in death by: one brother, Jim Berhorst; two brother-in-laws, Alfred Mengwasser and Kenny Knapheide; and two sister-in-laws, Georgie Berhorst and Helen Berhorst.

Mass of Christian Burial will be at 10:00 a.m. on Saturday, November 10, 2012, at Sacred Heart Catholic Church in Rich Fountain with Fr. Philip Niekamp as the celebrant. Interment will follow at the Sacred Heart Parish Cemetery.

Expressions of sympathy may be made to Sacred Heart Church.

To order memorial trees or send flowers to the family in memory of Leoba Mary Mengwasser, please visit our flower store.