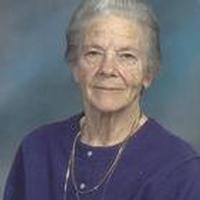 Leona M. DeMariano, age 81 of Chamois, passed away Thursday, January 24, 2013, at St. Mary's Health Center in Jefferson City. Leona was born January 30, 1931, in Longwood, MO, a daughter of the Joseph and Leona (Werner) Hausmann. Leona attended school in Luystown and Frankenstein. On June 23, 1956, she was united in marriage to Charles A. DeMariano, Sr. in St. Louis. He preceded her in death on March 6, 2000. For a number of years, Leona worked in accounting for several small companies in St. Louis. Later in life, Leona returned to school and received her Associates Degree in Accounting from Florissant Valley Junior College. Leona was a member of Our Lady Help of Christians Church in Frankenstein and the Ladies Sodality. She enjoyed knitting, sewing, gardening, cooking, traveling and writing. Leona is survived by: one son, Charles "Butch" DeMariano and his wife Lilly of Chamois; one step-grandchild, Jay Qian; and several nieces and nephews. In addition to her husband and parents, she was preceded in death by: three sisters, Marie Troesser, Antonnette Wilson, and Gertrude Kremer; and three brothers, Joseph, Rudy, and Walter Hausmann. Visitation will be held from 4:00 p.m. to 8:00 p.m. on Monday, January 28, 2013, at Morton Chapel in Linn. Mass of Christian Burial will be held at 11:00 a.m. on Tuesday, January 29, 2013, at Our Lady Help of Christians Catholic Church in Frankenstein with Fr. I.C. Medina as the celebrant. Interment will follow in the Garden of Gethsemane Cemetery. Expressions of sympathy may be made to Our Lady Help of Christian Church.

To order memorial trees or send flowers to the family in memory of Leona M. DeMariano, please visit our flower store.