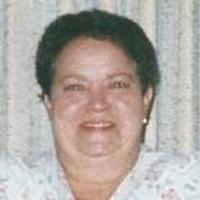 Leonna was born August 21, 1942, in Flat River, a daughter to the late Roy Honbeck and Helen (Kelley) Honbeck who survives of Flat River.

Leonna was a graduate of Central High School in Flat River.

On January 12, 1963, she was united in marriage to Charles Edward Stephens, Sr., in St. Charles. He survives of the home in Linn.

She was a homemaker and a member of Grace Chapel Lutheran Church in St. Louis.

Leonna enjoyed bowling, fishing and spending time with her family.

Funeral Services will be held at 1:00 p.m. on Monday, April 23, 2012, at C.Z. Boyer and Son Caldwell Chapel in Park Hills. Interment will follow in Woodlawn Cemetery in Park Hills.

To order memorial trees or send flowers to the family in memory of Leonna E. Stephens, please visit our flower store.