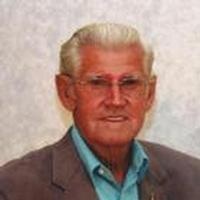 He served in the United States Marine Corp during the Korean Conflict.

On May 29, 1958, he was united in marriage to Dorothy Buscher in Freedom. She survives of the home.

Bill worked as a truck driver for Huot Brothers Trucking for many years; he retired from Osage County Concrete.

Bill was a lifelong area resident and was of the Baptist faith. He was a member of the Osage County Historical Society.

Bill was one of the founders and president, as well as a caller, for the Osage Squares, a square dancing club. Bill was an excellent mechanic. He had the ability to listen to a car and diagnose the problem. He loved being outdoors but his greatest love was his family.

In addition to his parents, he was preceded in death by: two brothers, Glen "Smitty" Smith and Mardell Wolfe; three infant sisters; a son-in-law, Rusty Robinson and a brother-in-law, Marvin Owens.

Funeral Services will be held at 10:00 a.m. on Friday, September 28, 2012, at the First Baptist Church in Linn with Rev. David Krueger officiating. Interment will follow in the Linn Memorial Park Cemetery with full military honors.

Expressions of sympathy may be made to the Osage County Historical Society Building Fund.

To order memorial trees or send flowers to the family in memory of Lewis Wolfe, Jr, please visit our flower store.