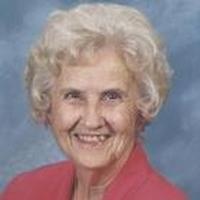 Tink was a 1940 graduate of George Rogers Clark High School in Whiting, IN.

Tink was a member of the United Methodist Church in Kingston Mines and while living in Linn attended Community Christian Church where she was an active volunteer.

In addition to her husband and parents, Tink was preceded in death by her brother, Frank J. Hicks and two half-siblings, Paul Hicks and Dorothy Porter.

In lieu of flowers expressions of sympathy may be made to the Community Christian Church Building Fund or the Kingston Mines Cemetery Association.

To order memorial trees or send flowers to the family in memory of Lillian Edith Scott, please visit our flower store.