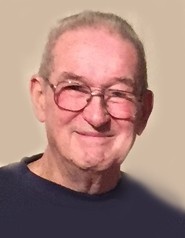 Jack was born January 8, 1938, in Washington, Missouri, a son to the late Melvin and Viola (Nilges) Huether.

Jack was a 1956 graduate of Linn High School.

On May 13, 1988, he was united in marriage to Theresa Iven in Frankenstein.  She survives of the home.

Jack was employed by the Corp of Engineers as a Chief Cook on the Sergeant Floyd working on the Missouri and Mississippi Rivers.

He was of the Catholic faith and a member of the Knights of Columbus and the NRA.

In addition to his parents, he was preceded in death by a grandson, Andrew Ell.

Mass of Christian Burial will follow at 12:00 p.m. at St. George Catholic Church with Fr. Daniel Merz as the celebrant.  Interment will be in the St. George Parish Cemetery.

To order memorial trees or send flowers to the family in memory of Lloyd "Jack" J. Huether, please visit our flower store.