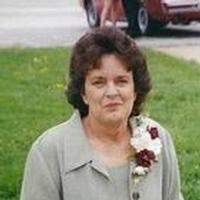 Lois was born on March 1, 1946, in Hot Springs, SD, a daughter to the late Burton and Grace (Broyles) Case.

On November 5, 1965, Lois was united in marriage to Joe Helmig at the Ellsworth Air Force Base in South Dakota. He survives of the home.

Lois was owner/operator of Aplex, Inc. construction company in Linn.

Lois was a member of the Community of Christ Church in Linn and the Order of the Eastern Star. She enjoyed quilting and crafts, and had been the co-owner of Juanita's Craft Nuts in Linn. She also enjoyed spending time with her grandchildren.

In addition to her parents, she was preceded in death by: one brother, Frank Case; two sisters, Betty Conger and Judy Case; one grandson, Steven Schuster; and a son-in-law, Bruce Schuster.

Funeral Services will be at 2:00 p.m. on Monday, March 12, 2012, at Morton Chapel in Linn with Pastors John and Marilyn Zaring officiating. Burial will follow in the Community of Christ Cemetery.

To order memorial trees or send flowers to the family in memory of Lois R. Helmig, please visit our flower store.