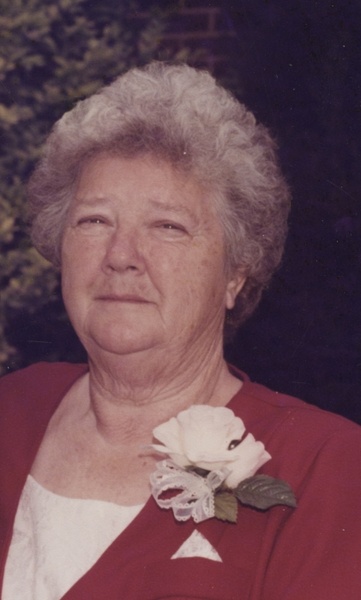 Lola was born March 28, 1935, in Maries County, a daughter to the late Arch and Edna (Lemons) Shockley.

Lola was employed as several different jobs thru out her lifetime but the best job she could have was raising her family and spending time with them.

Lola enjoyed quilting, going to garage sales and re sell it shops, playing Bingo, camping at Lost Valley and always being ready to go either to an event or just having supper on the table.

Lola is survived by: one daughter, Linda Williams and her husband Jim of Hope; two sons, Steven Davis of O’Fallon and Daniel Davis and his fiancée Christine Willbrand of  Hope; one brother, Forrest “Sonny” Shockley and his wife Caroline of Mexico; four sisters, Lucille Sieg of Linn, Darlene Sieg of Chamois, Diane Mitchem of Chamois and Sharon Laughlin and her husband Clyde of Linn; 14 grandchildren and 44 great grandchildren along with many nieces and nephews.

In addition to her parents and husband of 58 years, she was preceded in death by one son, Michael Davis, one daughter-in-law, Susan Davis, five brothers, Wilbur, Milford, Delmar, Larry and Jerry Shockley and two sisters, Melba Baclesse and Lorena Wilde.

Funeral Service will be held at 10:00 a.m. on Wednesday, September 23, 2020, at Morton Chapel in Chamois with Bro. Don King officiating.  Interment will follow in the Shirley Mint Hill Cemetery.

Expressions of sympathy may be made to the Cardinal Glennon Children’s Hospital in St. Louis.

To order memorial trees or send flowers to the family in memory of Lola P. Davis, please visit our flower store.